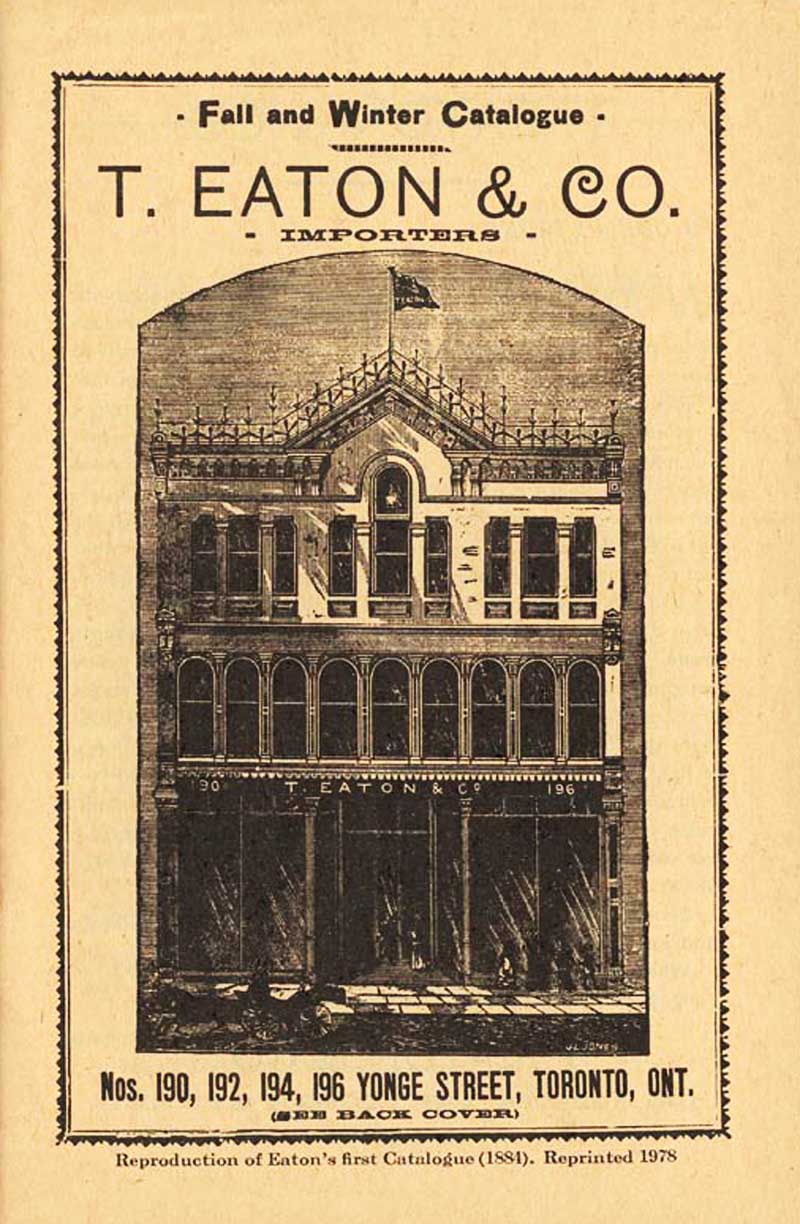 The T. Eaton Co. Limited was a Canadian department store retailer, and once Canada’s largest. It was founded in 1869 in Toronto by Timothy Eaton, a Presbyterian Ulster Scot immigrant from what is now Northern Ireland. Eaton sets up a small department store on Yonge Street. The first store is only 7.3 m by 18.3 m, with two windows and the company grew to become a retail and social institution in Canada.

The first version of the catalogue was a 32-page booklet handed out at the Industrial Exhibition (now the Canadian National Exhibition). Within twelve years, the The T. Eaton Co. mail-order department was filling over 200,000 orders per year. Eaton’s actively sought out new subscribers, particularly in rural areas, by employing such tactics as offering gifts for the contact information of non-subscribers.

With stores across the country, buying offices around the globe, and a catalogue that was found in the homes of most Canadians. A changing economic and retail environment in the late 20th century and mismanagement culminated in the chain’s bankruptcy in 1999.

Eaton’s pioneered several retail innovations. In an era when haggling for goods was the norm, the chain proclaimed “We propose to sell our goods for CASH ONLY – In selling goods, to have only one price.” In addition it had the long-standing slogan “Goods Satisfactory or Money Refunded.”