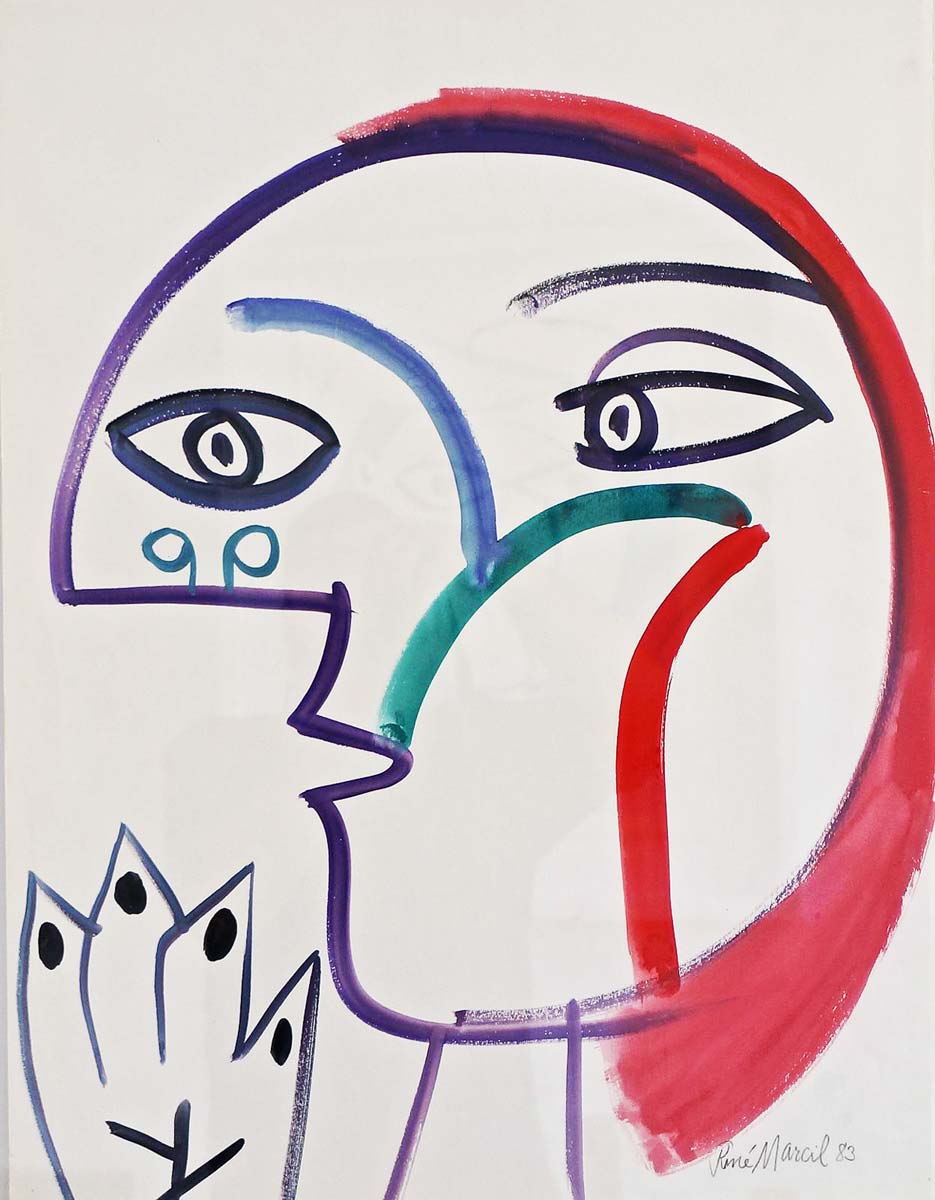 Rene Marcil was born in Montreal in 1917 with a disability in his right arm. He underwent major surgery that resulted in a limp, and consequently he suffered a lonely, difficult childhood. Living in a home void of art, Rene collected what he could from newspapers and reproductions of religious paintings by Raphael and Leornado, which thus led to his developing passion for art.

His skill remained under-nurtured until 1931 when he entered l’ecole des Beaux Arts in Montreal. Upon graduation in 1935, Marcil worked for an engraver in the advertising industry and later became a leading advertising illustrator for major department store giants, Eaton’s and Morgan. He met his wife, Evelyn Rowat while working for Eaton’s and together they moved to New York in 1941, where Marcil was hired as a fashion illustrator at Lord and Taylor on Fifth Avenue. His designs were highly admired for their pure lines and elegant styles, and it was not long until his drawings appeared daily in the New York Times.

By the 1950’s the couple left New York for Paris, where Marcil’s artistic skills were truly able to flourish. He joined La Grande Chaumi’re, a studio shared by artists of l’ecole de Paris and began painting large abstract oil paintings as well as nude figure drawings. While Evelyn went back to America, Marcil remained in Europe and moved to London, traveling occasionally to southern France for long stays. His figurative and abstract works of this period reveal the artist’s talent as a colourist and his idealization of visual perception. Marcil’s mastery of colour and line are used as a means of expression in his compositions, a commentary on human behaviour through figuration.