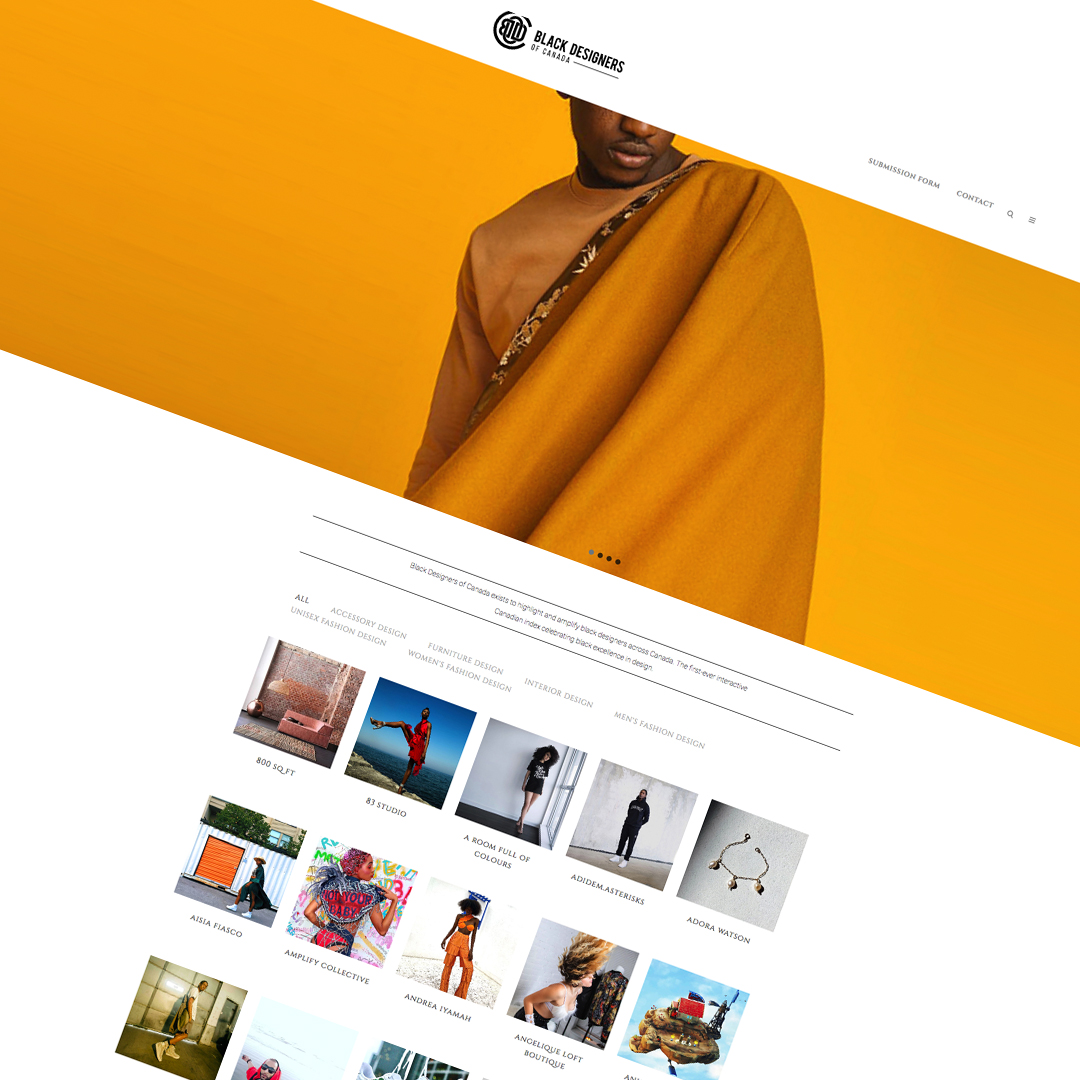 In this country, we are blessed to have an abundance of incredible black talent. Whether it’s in fashion, entertainment, hospitality, food, etc. — the options are endless. However, due to the recent events in North America, we are having to face the stark reality of systemic racism, and the limitations it places on black people. Unfortunately, black designers are often omitted, ignored, and put into the “other” pile without an explanation or real reason. With this in mind, and experiencing it firsthand for himself, George Sully has decided to create a platform where black designers in Canada can be featured and celebrated.

George Sully is a well-known name in the Canadian fashion world. You may know him as the co-founder of Sully Wong, House of Hayla, private label work, international and local collaborations, or as of late, maker of the Starfleet Boot for CBS’s flagship juggernaut ​STAR TREK Discovery​. He is also a mentor to the students of Central Toronto Academy and their 6ixess program. He has been inducted into the Bata Shoe Museum ​twice​. He is a leading force in an ever-changing business landscape. He is also a black man.

With many years of successes, George has also experienced more than his share of systemic prejudices entrenched in the fashion community he has served well, due to the colour of his skin. Now, he’s creating another incredible project. One that aims to bring BDoC to the forefront of the fashion industry in Canada. Last week, George put out a call-to-action on his social platforms, asking people to submit their favourite black designers in all areas of the discipline. The goal of BDoC is to make it​ next to impossible for the industry to make excuses rooted in ignorance to justify exclusion. “I wanted to create a platform where we can be found,” says George Sully, “in the likely case you didn’t know we ever existed in the first place”. You can submit yourself or your favourite black designers at blackdesignersofcanada.com or through the official IG page @blackdesignersofcanada immediately.

Black Designers of Canada (BDoC) is the first-ever comprehensive index of Canadian black designers in all areas of the discipline. It is a platform aiming to give a voice to black designers in the community and eliminate the excuse of exclusion.